Not a formal debate, but rather, an informal discussion with some disagreement shared in an atmosphere of respect.

Bob responds to an E Mail from one of his listeners who then calls in after listening to Bob’s response. The topic centers on the Hebrew Roots Movement which Bob had critiqued two weeks prior.

For more information on the Hebrew Roots Movement, read Bob’s book: The Star and the Cross: A Match Made in Heaven but Strained on Earth 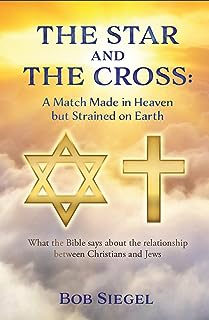 The Star and The Cross: A Match Made in Heaven but Strained on Earth