“Pray for the peace of Jerusalem: may they prosper those who love you.” -Psalm 122:6

Muslim Extremists Slaughter More than 500 Christians in Ethiopia this Summer
John Zmirak: If Progressive Christians Were Right, the Gospel Would Be a Cancer
Michael Brown: Will BLM Leaders (and Supporters) Denounce the Attempted Coldblooded Murder of 2 LA Deputies? “Protesters blocked hospital entrances and chanted, ‘We hope they die!'” Bob Siegel answers – If God really exists, why doesn’t He just come down to Earth and make Himself known?

US Ambassador to China to Step Down Next Month
TikTok’s Sale to Oracle Under US Security Review: Mnuchin
Pennsylvania: Judge Rules Wolf, Levine’s Shutdown Orders Unconstitutional

Once an American foe, now a friend: OPEC turns 60
“Trump orders from Saudi Arabia what he needs for the oil price – and he is served.” 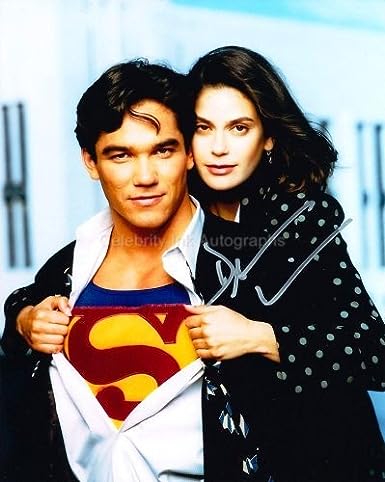 But Peter and the apostles answered, “We must obey God rather than men.” -Acts 5:29 Are the Oscars Racist?? Check out today’s Bob Siegel Show for Bob’s Response!

BOMBSHELL! Trump told the world everything on Woodward’s audio in March
Flashback: Karl Rove: The Left’s Covid Memory Hole
“Contrary to what Joe Biden says now, he and his team badly misjudged Covid-19.” Apologetics: An Answer To the Attacks Against Christianity – Today’s Bob Siegel Show

“He who is slow to anger is better than the mighty; and he who rules his spirit, than he who captures a city” (Prov. 16:32).

“You call him Docta Jones!” Davidic dynasty symbol found in Jerusalem: Once in a lifetime discovery Pray: Athletes’ union wants Iran expelled from sport if wrestler Navid Afkari executed
Really pray: Christian Sentenced to Death in Pakistan for ‘Blasphemy’ After He Refused to Convert to Islam
Work Begins On New Building Near Uranium-Enrichment Facility In Iran

Technocracy: Patreon Freezes CDMedia Funds 55 Days Prior To Election Over Reporting On Biden Criminal Activity
ICYMI: Islamic Threats To ‘Kill One Of Yours’ At Kenosha Rally…BLM/Antifa Tied To ISIS

Today’s Bob Siegel Show: Why the Bible Needs to Be Defended Academically

We knew this was coming – Michael Brown: On Dictionary.com’s ‘Biggest Update Ever’: Those Who Control the Language Control the Culture 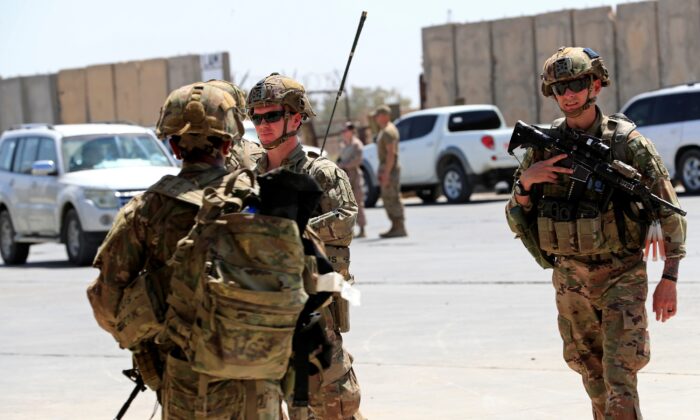 #BringOurTroopsHome: US to Withdraw Over 2,000 Troops From Iraq
U.S. Seeks to Reshape Lebanese Government With New Sanctions
How Trump can enforce the snapback of UN sanctions on Iran
Israel, UAE to sign deal at White House next week
Roadside bomb attack misses Afghan vice president, but kills 10

#FascistFauci? Fauci Looks To UN To ‘Rebuild The Infrastructure Of Human Existence’ 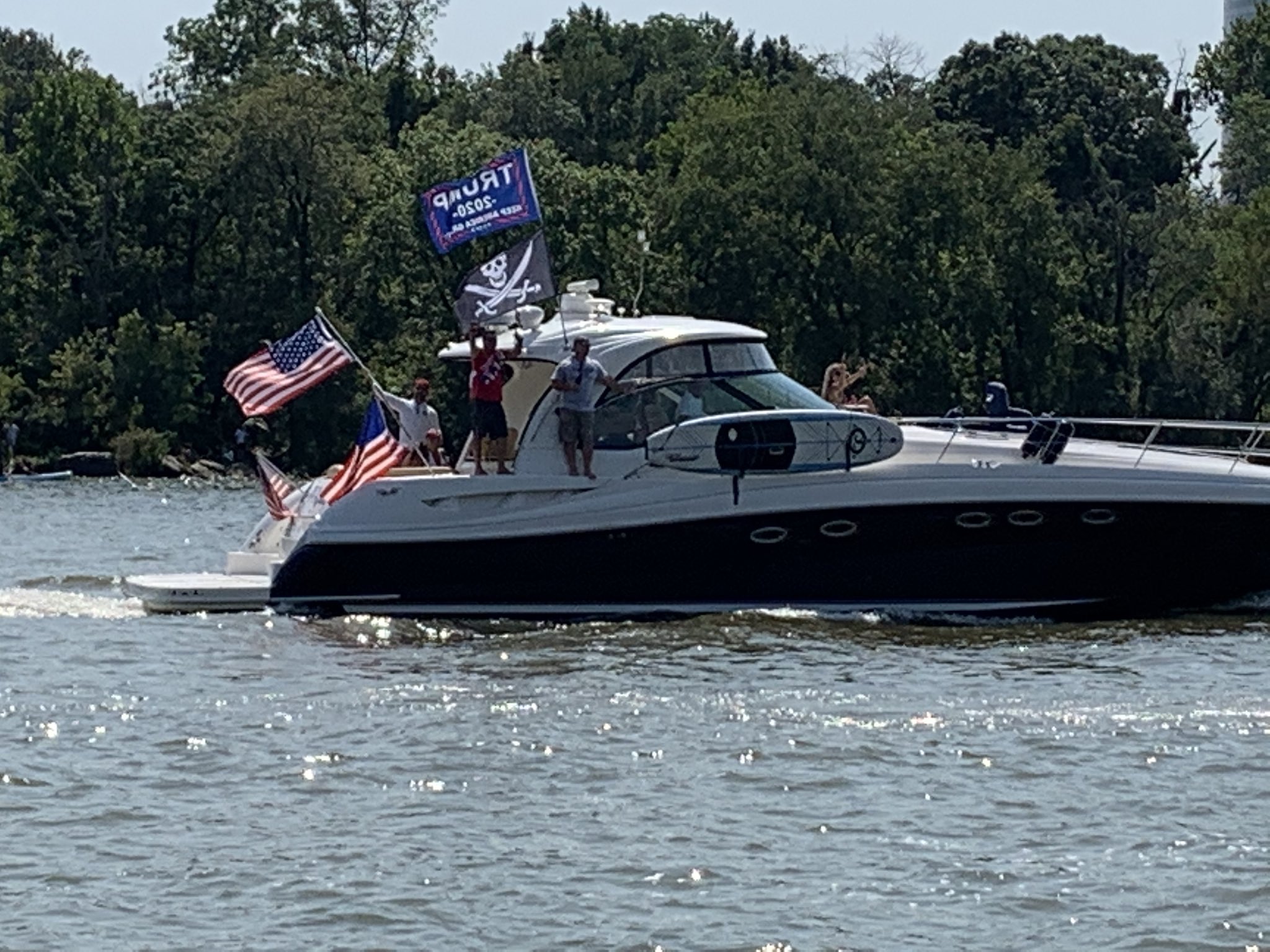 The Great American Hoax: COVID is real, the political response a con
Rules for thee, but not for me! San Francisco Gym Owners Shocked Upon Finding Out Gyms in Government Buildings Have Been Open for Months

Truck bomb in Somalia kills 3 and wounds 3 including a US soldier
Saudi Arabia court issues final verdicts on eight nationals in Khashoggi killing
IAEA inspects one of two sites in Iran after long stand-off
Critical: Iran could become hub of arms trafficking and exports as embargo ends

Verse of the Day

For thus the Lord God, the Holy One of Israel, has said, “In repentance and rest you will be saved, in quietness and trust is your strength…” (Isa. 30:15). 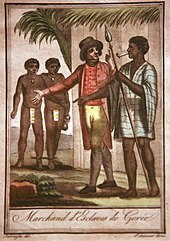 Fighting for our kids! Trump Says Schools Teaching NY Times’ 1619 Project ‘Will Not Be Funded’

Say to wisdom, “You are my sister,” and call understanding your intimate friend” (Prov 7:4, NASB). 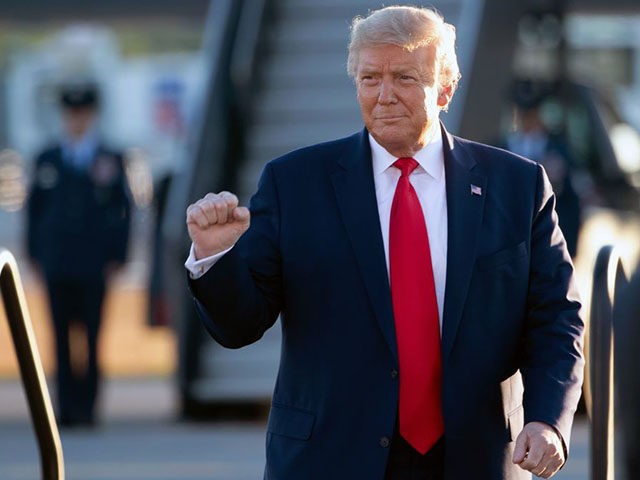 No. No. No. NO! California Ethnic Studies Accuses Jews of Racial Privilege’ (WIN)
Jewish Republican group says Democrat owes Trump an apology for comparing him to Hitler (JTN)
Civil War 2? Cuomo: Trump ‘Better Have an Army’ if He Visits New York City (EpochTimes) 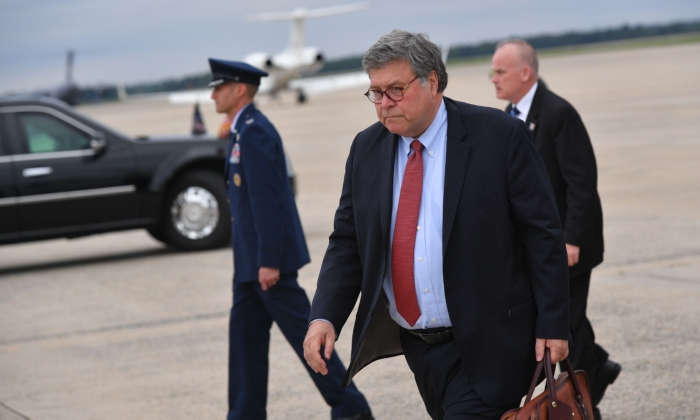 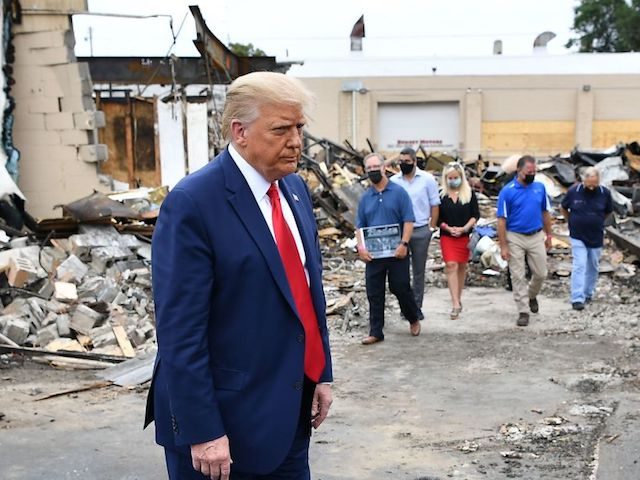 Photos: Donald Trump Visits Burned-Out Business in Kenosha, Wisconsin
President Trump Round-table in Kenosha starts with Incredible Opening Prayer (Video)
Trump to Visit Kenosha to Survey Damage From Riots, Speak to Business Owners (EpochTimes)
Most of Those Arrested in Kenosha are Not From the City, Police Say (Stream)

REVOLT! Oregon Sheriffs Defy Order by Liberal Governor to Send Deputies to Portland to be Attacked by Protesters and Harassed by the Courts! (GP)
Reality Check: Antifa ‘commander’ cried in ‘fetal position’ after being caught with flamethrower, smoke grenades on way to protest (Blaze)
U.S. isolated as it vetoes U.N. resolution on foreign militants (Reuters)
ICE Nabs 2,000 Migrants in Nationwide Operation to Protect Victims (WashTimes)
Rules for thee, not for me: Pelosi used shuttered San Francisco hair salon for blow-out, owner calls it ‘slap in the face’ (FoxNews)

Pray for our nation: “You Kill One of Us, It’s Time for Us to Kill One of Yours!” – Kenosha Black Lives Matter Speaker Calls for Retaliation Killings Against Whites (VIDEO) (GP *Explicit language*)

Some lives more equal than other lives: Turning the Suicidal Into Organ Farms (EpochTimes) Here’s the Shockingly Small Number of People Who Died From Only the Coronavirus (TownHall)
Shutdowns Spur Mental Health Crisis in US, Experts Say (EpochTimes)
Oregon state police returning to Portland following fatal shooting (FoxNews)
Foundation with Biden Campaign Ties Funding Leftists Agitators on US Streets (Federalist)
The Democrats Can Feel the Election Slipping Away, and Biden Going Down (Stream)

Europe’s last dictator: European Union to Sanction Belarus Officials for Opposition Crackdown (WSJ)
Make Venezuela Great Again: Opinion | A U.S. Airdrop of Dollars in Venezuela (WSJ)
“The Trump administration’s efforts to block oil and gasoline shipments into and out of
Venezuela are designed to force strongman Nicolás Maduro to step aside. But his
supporters say the sanctions demonstrate indifference to the suffering of Venezuelans.
Their argument would be more convincing if not for Mr. Maduro’s persistent cruelty against his own people. “
FDD World News Full Overnight Briefing 8/31/20 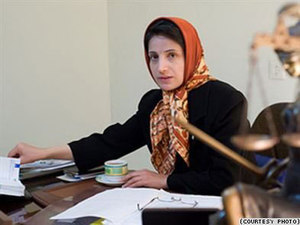 #2020LandSlideVictory: Minnesota Democratic Mayors Endorse Donald Trump: Biden did ‘Nothing’ for Working Class (Breitbart)
NECK AND NECK: Polling in Battleground States is Closer Than It Was in 2016 (BLP) 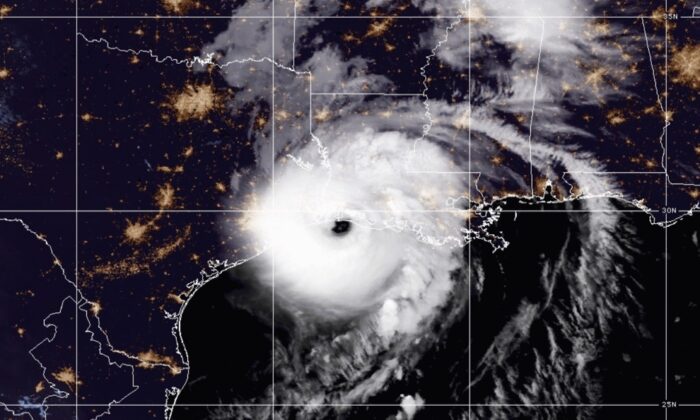 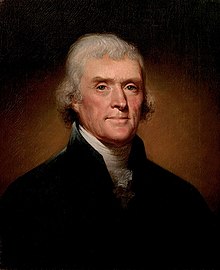 IMPORTANT on the Judiciary: Thomas Jefferson letter to William Jarvis – 9/28/1820 (Founders)
“you seem…. to consider the judges as the ultimate arbiters of all constitutional questions: a very dangerous doctrine indeed and one which would place us under the despotism of an Oligarchy.” 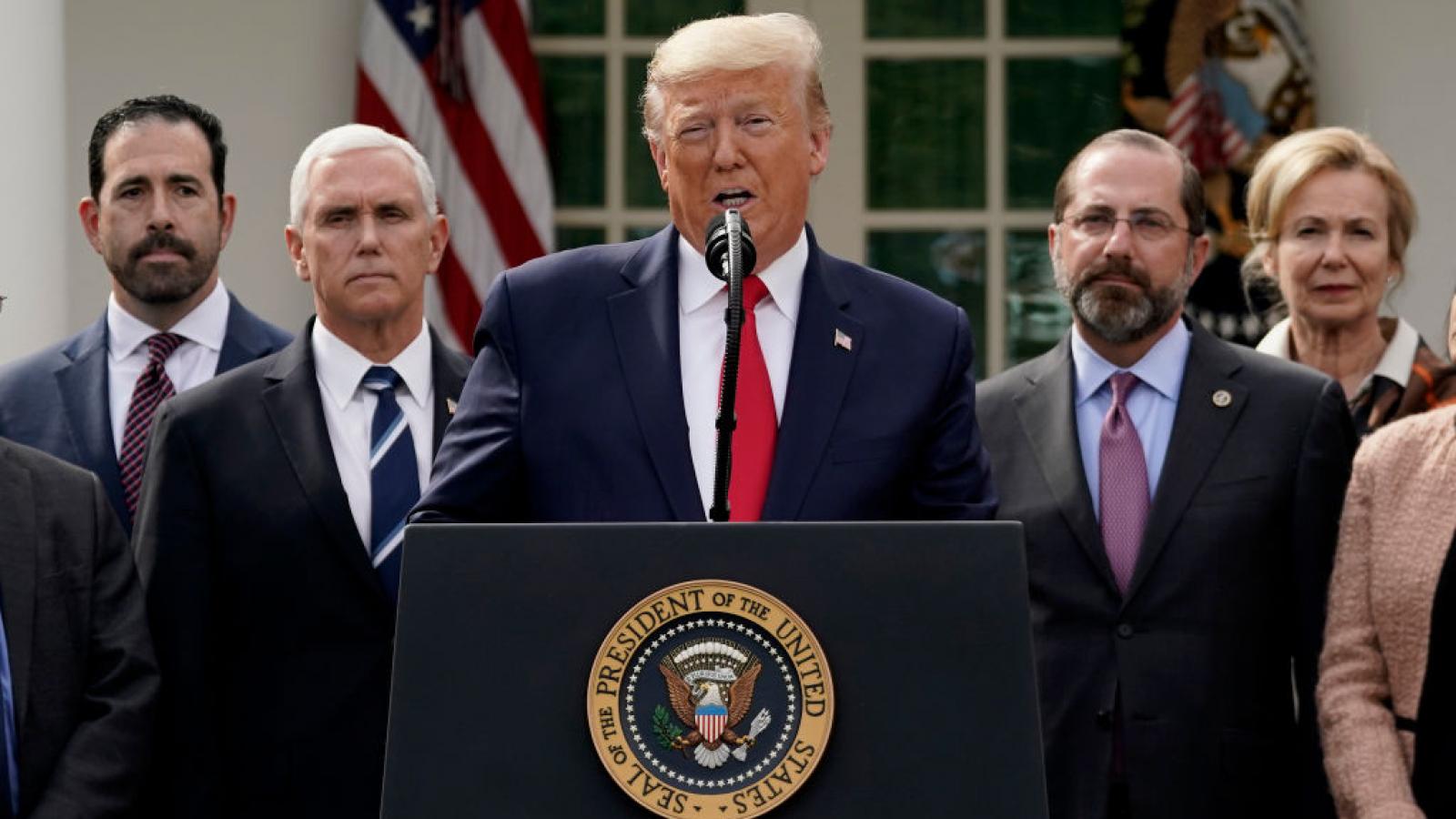 FDD | Without dismantling Hezbollah’s arsenal, Lebanon will always be at risk (FDD)
Beirut Searches for Survivors and Answers Following Massive Explosion (WSJ)
How will Hezbollah react to this week’s massive blast in Beirut? (JPost)

Iran Is No. 1 Sponsor of Terrorism, US Says Ahead Of UN Arms-Embargo Talks (RadioFree Europe)
Destruction of Iranian Nuclear Facility Should Remind Democrats of Israel’s Unique Value as an Ally (RCD)
Is China helping Saudi Arabia to build a nuclear bomb? (Hill)

Iran Is No. 1 Sponsor of Terrorism, US Says Ahead Of UN Arms-Embargo Talks (RadioFree Europe)
Destruction of Iranian Nuclear Facility Should Remind Democrats of Israel’s Unique Value as an Ally (RCD)
Is China helping Saudi Arabia to build a nuclear bomb? (Hill)